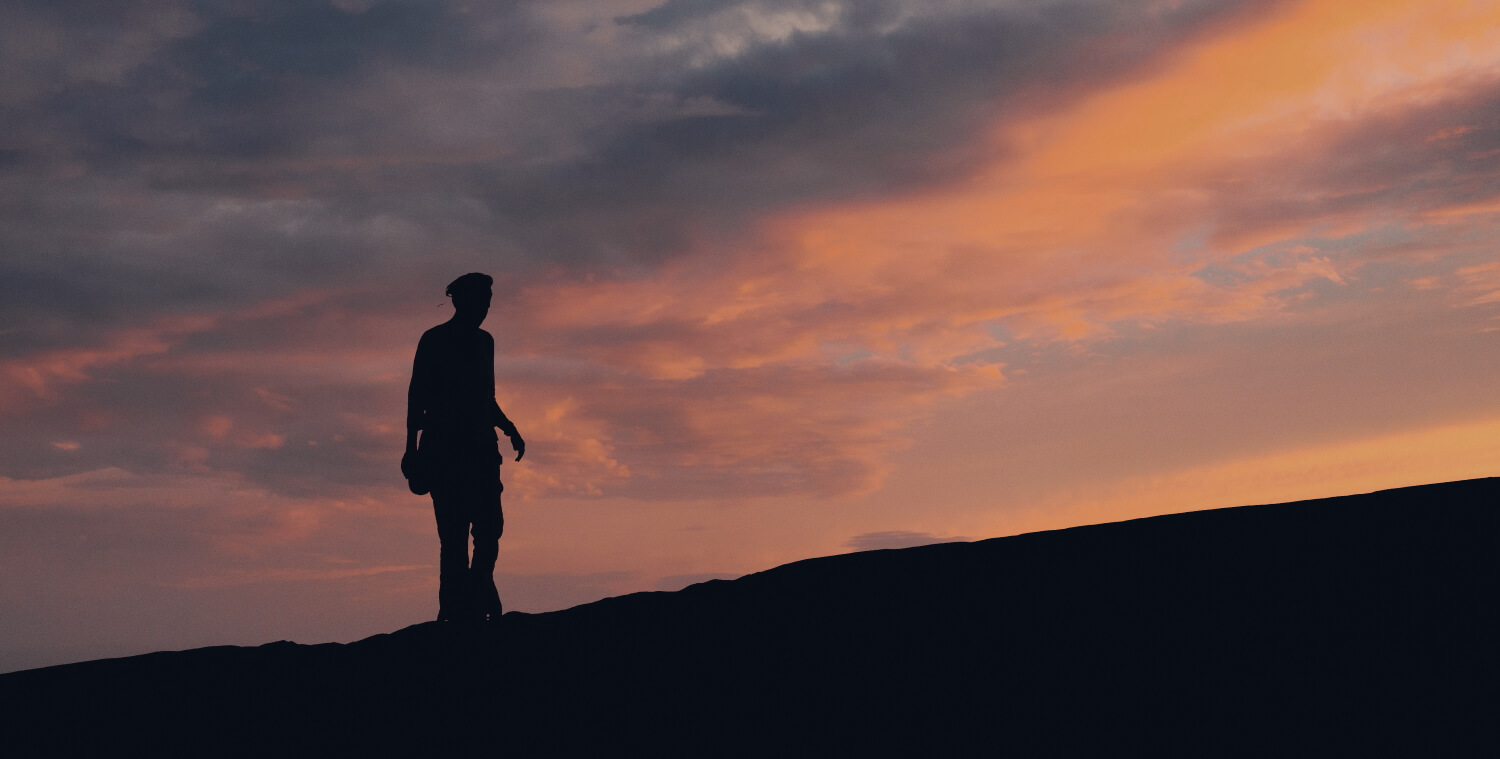 When she moved to the little town on the Oregon Coast, Sophia swore to herself, you should forgive the pun, to never swear again. As she picked at the price tag that wouldn’t give up its love affair with an antique beer mug, she knew she was getting close to uttering something the universe would surely punish her for. She was caught between the blasphemy of language and the blasphemy of applying a harsh solvent to the old, hand painted surface of the stein.

Suddenly, all the forces of the universe that she had been allied against her decided they’d had enough fun and the label fell off into her hand as if to say I only let go because I wanted to.

Her husband, Chris, plugged in the Open sign that hung in the front pane glass window, unlocked the front door and started making his way toward the front counter behind which his wife stood beaming from ear to ear. Just then, Alexandra, the part-time store manager burst into a rendition of The Beatles Hey Jude.

No slouch herself in the voice department, Sophia lay the stein on the front counter as if placing on some sacred alter the combined trophies for the Stanley Cup, World Cup, World Series and Superbowl and joined her voice to Alex’s, filling the store with what Chris called the sweetness.

When he stood across the front counter from his wife, she spread out her hands as if to say voila and asked “What do you think of that?”

Raising an eyebrow, Chris said, “What?”

Sophia sighed. “The price tag. It’s gone. Remember when I bought this stein even before we were first open and a certain someone said it would never sell?”

Alex, who overheard the beginning of the conversation and had rushed to the front of the store in case Sophia needed reinforcements said, “Oh, no you don’t Chris. Never is never.”

Chris raised his hands in capitulation and said, “Okay, you win on a technicality. Uh,” he paused and scratched the back of his head. “Congratulations?”

Sophia picked up the stein and began to carefully rub a thumb on what remained of the glue. To her satisfaction, the sticky stuff began to roll itself into a ball. “You’re a heathen, Christopher Dodd.”

“That I am, Ms. Carlisle.” Reaching across the counter he pulled Sophia to him so he could give her a loud kiss on the cheek.

“Chris!” Sophia protested as she twisted her body to protect the antique beer stein and, not accidently, make her cheek more accessible so the kiss could linger.

“You two need to get a room,” said Alex.

As she turned away, the front door opened and the three looked as a man entered carrying what was obviously a print of some sort wrapped in brown paper. Without even a glance at the three of them, the man hurried down the first aisle he came to toward the back of the store. Alex stepped over toward the entrance so she could observe the back of the man as he continued down the aisle but Chris turned to his wife.

Her face now grave, Sophia said, “I’m going to need your help with this one.”

Not at all surprised at his wife’s sudden appraisal of the situation, Chris said. “Tell me what you need,”

“Let’s start with the tea,” Sophia replied. “I think the darjeeling. I’ll need you to see to that. And Alex?”

“Got it,” Alex replied, turning toward the other two. “I’ll take the front. I need to use the computer to do a security audit of the password manager anyway.”

“Good,” Sophia said. She stood looking toward the back of the store and biting her lower lip. “This one could be tough. I’d better get back there.”

As she approached the man while he stared up at the Art Wall, the man spoke without turning to face her. “You’re Sophia.” No question. Fact. To the point.

“And you are?” Sophia asked.

“The man who wants to know how you get off ruining other people’s marriages.”

Sophia stood her ground a few feet away from the man and kept waiting to see his face, his eyes. He seemed determined not to face her.

“My wife bought this here,” the man said. Holding up the still wrapped object. “Or more accurately, you loaned it to her.” At the word loan Sophia had it confirmed that it was Anna’s copy of The Silhouette. The painting had elicited so many strong feelings from so many visitors to Sophie’s Cove that Sophia had purchased every one of the signed and numbered copies she could find. Anna, for reasons of her own as unique as anyone else who ever visited, was rocked to her core when she first set eyes on the image.

The man seemed determined not to face her so Sophia stood silently, watching, waiting, not bothering to look at the item in his hand. Right now, it was more important to Sophia that she see the man’s face. Finally, he turned to face her and Sophia felt a torrent of anger and pain fill her soul. It was all etched right there, as if in stone, on the man’s face and Sophia felt every ounce of it.

“I was,” he said. “Past tense. She left me. Left me with this.” He held up the item again. “I’ve come to return it and to thank you for destroying a perfectly happy marriage.”

“Was it indeed a happy marriage?” Sophia asked. “On both sides?”

Closing his eyes, the man’s head fell back and turned to the side as if dodging a blow to the heart. The man took a series of slow breaths, his eyes shut tight. Then his shoulders sagged. “I think this is where you offer me tea, isn’t it?”

“Anna told you all about our little business here I see. The tea should be about ready.”

“And what have you decided is the magic elixir best for me, Doctor Sophia”?

“This is not a job for the Book Nook,” Sophia said. “C’mon back to the sanctum sanctorum. And, to answer your question, I’ve decided you need darjeeling.”

“Don’t know anything about tea,” he said as he proceeded down the aisle Sophia had pointed him toward. “But I love the name.”

“So,” said the man, draining the last of the tea from his cup, “can’t say I notice much difference between this and something made with a tea bag.”

“It’ll grow on you,” Chris said, taking the man’s cup and saucer.

“You haven’t even asked me my name,” said the man. “It’s Doctor Stephen Peterson. Check that. I’m Steve. My friends call me Pete.”

“Are we friends, Steve?” asked Sophia. “I didn’t get the impression from your behavior by the Art Wall that we are going to be friends.”

“That was the boorish Doctor Christianson. Running roughshod over people. Too busy with my career to think of anyone and anything else.” He shrugged. “I guess the cure hasn’t totally taken yet.”

“I’ve lost my perspective,” Steve said. “I have been very . . . successful.” He said the last word with air quotes. “And an utter failure where it matters most. I used to care about people, about making a difference. I had an incredible woman who shared my heart and my desire to help people. I was going to aid those who couldn’t afford a plastic surgeon with the skills to work miracles around any disfigurement. I was the doctor, that could and would give them a chance in life without all the stigma that can go with what others call ugly.”

“You already know. Anna told me how she came in and saw that picture.” He looked in the direction of the print sitting on the floor and leaning against the chair where he placed it before sitting down.

“It made her open up to you,” Steve continued. “Or, rather, it provided an outlet through someone who would actually listen. Someone who cared because I certainly hadn’t cared for a long time. The money was so seductive. I was enjoying all the trappings it provides and hadn’t even noticed the years, and the man that I was, of the human being I had been, was slipping away.”

He paused and then, with voice lower, said, “She confronted me early one morning. I was way too busy to pay attention to the idealistic woman who was my wife and who so keenly felt the suffering of others. It ate at her until, as she said, it had hollowed her out. I thought that she was being ridiculous and told her so. We gave liberally to so many charities. Wasn’t that enough? She said we could do both. I told her we’d discuss it later when she had calmed down and could be reasonable.”

“Yup,” said Steve. “There was not a later. I hurried off for an early morning procedure on a billionaire’s wife that was going to put a lot of money in the bank. It was the money that got her to the front of the line ahead of everyone else including people much more deserving. When I got home that evening ready to trumpet my triumphs of the day, she was gone. Don’t know if she meant to leave the picture or just forgot it in her haste to get away from me. Didn’t matter. I took a look at it. It had no effect on me at all at that time. I put it in the closet and stayed up late waiting for her to come to her senses and come home.”

“And how did that work out for you?” Sophia asked.

Steve closed his eyes and sucked in a breath as he leant his head against the back of the chair. “You’re not making this any easier,” he said.

Sitting bolt upright in his chair, Steve glared at Sophie. Her eyes never waivered from his.

“No, no, hon,” Chris said, holding a hand up to Sophia. “Let’s be reasonable. Let’s be logical.” Leaning forward he fixed Steve full in the face. “You. Are. An. Idiot.”

As the doctor’s facial features alternated between anger and confusion, Sophia waited for him to stand and storm out of the store. Instead, he flopped back into his chair, looking like a marionette with all the strings clipped. Nothing but disconnected pieces.

“You’re right, of course,” he said. “I’m an idiot. But in my defense, I’m not quite the idiot I was. I took that picture out and looked at it for a while and it hit me. I was gone. I was no longer me. So, next morning, I called a doctor friend of mine who spends half his time doing work for Doctors Without Borders. I signed up and I’m going to do the same.

“I hope to find Anna some day and tell her she was right. Hopefully she can forgive me but, even if she doesn’t, I’m going to work my tail off to get the old me back. I won’t be able to afford all the material stuff anymore but I don’t need it either.”

Doctor Steven Pederson jumped to his feet and looked at his wife leaning against the door jam.

When he took a step toward her, Anna held up a hand. “I said it was a start.” She looked at Chris and said, “Thanks for the call.”

Looking back at her husband, she said, “Sit back down, Doc. I’ve been thinking too, and you’re not the only one who lost themselves for a while. I really want to iron things out and I can’t think of a better place to do it.”

Chris jumped up and offered Anna his chair. She sat with and, with a smile from ear to ear, said, “Sophia, I would absolutely love a cup of your darjeeling.”